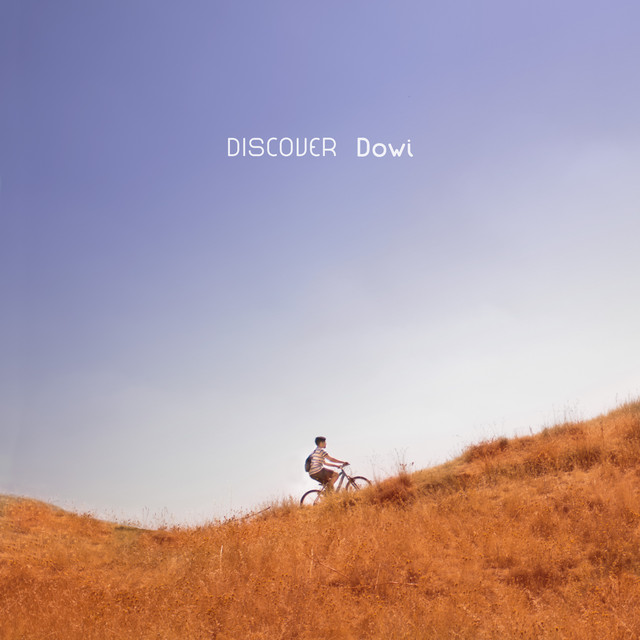 “
'Discover' is a compilation of so many years of poems, of whistling down the street, of screaming in the car. I knew I wanted to make 'Discover' after reading Amanda Palmer's 'The Art of Asking'. I knew I wanted to become an artist after that. Well, I had always known, but then I knew it was just possible. I used to sing silly songs that I recorded on my grandad's computer, the only computer in the family back in the day, when I was 5. I just never stopped. Music has been a place where I could embrace my feelings and honor my experiences, by locking them inside the songs, and keeping them forever in the ether of sound. I had hundreds of songs in my head. I had an Excel file filled with ideas for at least 15 albums. Titles, colors, images, instruments. I had so much inside my mind that one day I just knew I had to let it all out somehow. And then, after years of playing around, filtering, acknowledging, forgetting, 'Discover' remained.”

"I'm starting a brand new life by ending the one I did not create. The end has been already spoilt, and I can't wait."

"The boy one day you knew has grown up on his own, he's a fool and he's gone to the moon."

"Tell me your stories. Tell 'em so I can star in them. I just want a story for myself."

"There's nothing else that I can be, and it's not fair that you have to change for me."

"I ain't insane, just tired of always choosing wrong. Chose this stupid routine, now I can't feel us breathe at all."

“
A summer afternoon. Being completely stuck in the middle of day and night, of one academic year and the other. Those were the times I spent in my room, thinking about everything that had happened and wondering if next course would bring something new, something that would break the bubble of people knowing me and talking about me. Something, or maybe, someone. Being 16 means always being stuck in the middle of something, in between a nostalgic childhood and an uncertain adulthood. Being queer in high school usually means being stolen from the lovestories and the blossoming. Being alone means being bored. Dreaming of a different life. Maybe I could've been born in California and have a band of friends playing in my garage. I take my bike and push uphill, until there is downhill, and then uphill again, and I'm once again trapped in the middle of downhill and uphill. And my only way out is my own strength, with the energy the sun beams provide me with.”

“It was a challenge as a graphic artist to create visual artwork for 'Discover', to translate the symbols and metaphors used in the lyrics into images. The idea of the bike ride was always there. I always pictured a ride down the fields in a solitary summer afternoon, while everyone else is napping. There has always been something solitaire about afternoons to me, like, being siesta something terribly common in Spain, I felt like this short period after lunch was my time, a time I had for myself, for my own adventures. The orange and blue aesthetic, mixed with a striped t-shirt, it all made me envision California and an endless summer, and me pushing the pedals, fighting for something, before it's too late and the sun sets and I've missed all my chances and have to go back to my boring neighborhood. It was beautiful to try and translate those feelings into a sort of comic stripe.” 'Nobody Knows' and 'Drawers' were songs that had been intended for the album from its very conception. In fact, 'Drawers' was the first full song produced by Dowi, and was meant to be the lead single from the album.

“In the beginning, 'Discover' was to be a 17-track album. Some songs just fall off on the way. Making the album was a 4 year process. Things change, some things don't really work anymore. These two songs were written very early in the process, and the mood of the album changed, but I'll always have a lot of love for them.”

Listen to the playlist "The Discover Moodboard", a compilation of songs that inspired and paved the way for the album.